Of Cabbages and Steves

A while back I ordered a Harsch fermenting  crock for making sauerkraut and pickles.  It's called a Gartopf, which literally means 'fermenting pot'.  We opted for the German crock because it has a lip around the top of the crock into which you pour water, which keeps outside air out, but still allows the occasional bubble to escape as the contents ferment. 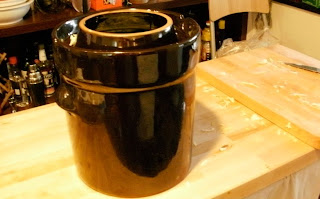 On Monday, my crock arrived, so Tuesday night we made sauerkraut.  Well, it's not that uncomplicated but it wasn't hard. 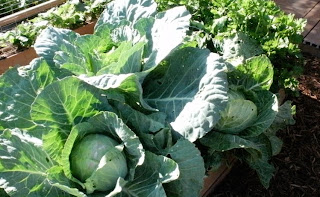 First I harvested all the green cabbage out of the garden, which was five heads total.  Then I washed,
quartered and cored them, and then Steve weighed out the parts. 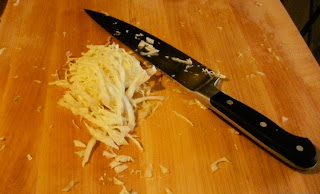 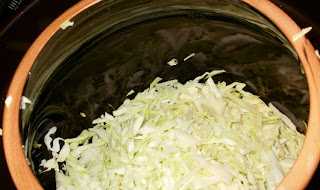 Into the crock they go.  For every five pounds of cabbage you mix in three tablespoons of pickling salt. We also mixed in caraway seeds, juniper berries, and a bay leaf, per the suggestions.  I had a little over twelve pounds of cabbage, so having Steve and his trusty calculator brain around was handy. 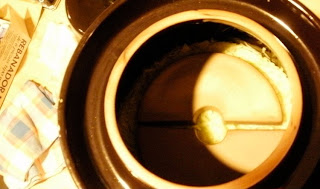 Then the cabbage gets tamped down, and then we placed the weight stones that came with the crock on top of the cabbage.  After that the gutter was filled with water and the lid was placed on top.

Then last night we poured a little over a quarter liter of white wine over the cabbage because the variety of sauerkraut we're making is winekraut.  We're making winekraut because that's the kind that Steve wanted and it's all about The Steve, which is why the cabbage is now bubbling happily, fermenting away in his office.  That, and he has the only air conditioner in the house so it's his responsibility to keep it cool and top off the gutter with water.

And, as he said, he knows how to keep an eye on something that's fermenting.
Posted by Paula at 11:35 AM