You know that I only post when I have some sort of progress to report, right?  You know that.

Well, we don't have too much going on homestead-wise right now, although we did earn the supreme compliment from my SIL who told me that we were "the most homesteady people" she knows. Which made me feel really good, although I know in my heart of hearts that we could probably be doing a lot more.

I've been on kind of a personal odyssey this autumn, not that I'd intended that.  2014 saw me get diagnosed (finally!) with a variety of things, which I managed to piece together quite by accident as symptoms of atopy, which is a faulty response from the autoimmune system.   It was a variety of doctors all at different times that gave me the pieces to the puzzle, which is probably why no one doctor said anything that would give me a good idea of what's going on.  But since figuring it out for myself, I very quickly, also by accident, found out how to fix it.  I read in several, oddball and unrelated places that folks with asthma or eczema and more serious autoimmune issues were getting good results with a paleo diet, so I grabbed a copy of It Starts With Food, by Dallas and Melissa Hartwig. *

So to cut to the chase, I'm doing their Whole30 for the month of January, not because it's a New Year's resolution or anything- I don't believe in New Year's resolutions- it's because it's the next full month after reading this book and I'm anxious to get started.   And I'm anxious to get started because I want to get my asthma, eczema, non-allergic rhinitis, and allergic conjunctivitis under control.  And since all my symptoms showed up one after the other, I'm doing it now before a fifth condition, eosinophilic esophagitis, shows up. Of all the miserable, hyperallergic symptoms I've been struggling with, the worst has got to be the itching inside my ears, because it itches all the way down to my throat, and I can't scratch it.  You're not supposed to know exactly where your eustachian tubes are but I know where mine are and I can tell you that they are a lot shorter than you think they are, thank God. But I can also tell you how I now feel for dogs that can't scratch the inside of their ears.  By the way, if you want to make a quick and eternal friendship with a dog, rub the inside of its ears- just get the first knuckle of you index finger right in that ear canal and give it a good rubbing.  Then go wash your hands. The dog will probably follow you to the sink.

Anyway, before you automatically assume that this is an unhealthy, low carb diet, let me point out a few things:

You eat a ton of vegetables which are full of carbs.  The starchy veg only gets eaten before a workout, but otherwise everything you ingest is nutrient dense.

We haven't evolved to digest cereals, legumes and dairy (past infancy for dairy, that is), and before you say that's preposterous, consider this: modern humans hit the scene about 200,000 years ago and agriculture was born only 10,000 years ago.  We simply haven't had enough time or the necessary evolutionary pressure to evolve the right gut for digesting cereals, legumes and dairy.  In fact, since modern man is in the business of adapting his environment to suit himself, rather than adapting to the environment, we've probably all but stopped our evolution.

The real kicker for me is the certain knowledge that the soy and corn and wheat growers, the alcohol industry, the dairy industry, and the sugar industry have probably or will probably fund all kinds of studies that will prove this diet to be unsafe, because they will otherwise lose money if they don't. They won't profit if people take control over their food choices and eat nothing but animal protein, vegetables, some fruits and nuts, and healthy fats.  If you think about it, with the right conditions, this is the kind of diet that most people can almost completely grow for themselves.  I've thought about this: I could conceivably be able to provide almost all my own calories and be healthier for it.

So let's see if I can do it. I'm not posting any pictures of me because I'm a fat blob (hah! there I am), but I'll give you the stats: I'm five feet two inches tall and when I started eating a more paleo diet at the beginning of the month I weighed 155 pounds. When I last weighed myself on the 26th, I weighed 151 pounds.  I ate Christmas chocolate all day long and a little spaetzle at dinner on Christmas day, but otherwise did not fall off the paleo wagon and I can tell you that I did not gain any weight over the holiday.  So since this is the time for New Year's Goals, my goal for 2015 will be to lose my symptoms, get healthy and take off forty pounds.  That's all.  I may get some other things done this year, but this is the only goal I have this year: get healthy and lose weight.

I'll keep you posted on how I'm doing and how I'm feeling, but if you want to learn more, check out the Hartwig's book.  I tried to get it from the library but the hold list was too long, so I asked for it for Christmas. I'm really glad I didn't wait.

And in the meantime, I hope that you all have a happy and safe New Year and that 2015 will be an especially great year for you.

* Don't be fooled by the It Starts With Food Cookbook, which has nothing to do with the Hartwigs.  It's by Whole Foods, who is looking to capitalize on the Hartwig's work. 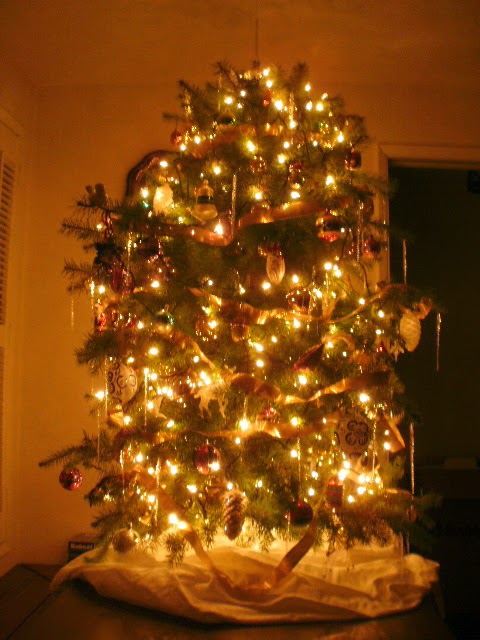 So Much Corporate Bullshit

If you did not grow up with Sunset magazine, you will perhaps not understand my extreme dismay and disgust over the news that Time, Inc., has sold the seven acre Menlo Park (California) campus on which the magazine has been produced since 1951.

I thought it was bad enough when Lawrence Lane sold the magazine to Time Warner in 1990; TW changed a lot of things in the magazine and it hasn't been as good as it used to be ever since then.  I had a subscription as a gift for a year but didn't care in the least for it- it just wasn't the same and not any good anymore, in my view.  Lots of things were missing from it, most especially the great how-to articles and plans.  I told the gift's giver not to bother with renewing it for me when she asked.

Here is the birth and history of the magazine, and its death knell.
Posted by Paula at 11:31 PM No comments: